Vanilla can be used to flavor many different types of foods. Vanilla is a light, creamy flavor, that can be added to many baked foods.

5 Recipes that use vanilla extract

Vanilla extract can be added to anything from smoothies to cakes. Here are a few recipes to try out with your vanilla extract.

You can add vanilla extract to food batters such as:

You don’t need a lot of vanilla extract, a little goes a long way. Use about 1 tsp at a time until you’re happy with the flavoring.

One recipe to try cooking is raspberry vanilla cream crepes. Vanilla is infused into a cream sauce which fills the crepes with a hint of vanilla. The crepes are then topped with raspberries for a punch of flavor.

How to use vanilla extract in coffee

Using a 1:1 ratio of sugar to water (1 cup each works well), cook the sugar syrup over medium heat in a saucepan until it thickens in about 8-10 minutes.

Remove the syrup from the heat and it cool down for awhile.

Then add the extract after it has cooled down.

The vanilla coffee syrup will be smooth, decadent, and a lovely addition to your morning coffee. Use anywhere from 1 tsp – 1 tbsp of syrup.

How are Vanilla Beans Made

Vanilla beans are made from vanilla plants that grow up to 30 meters long. Vanilla plants are climbing plants, and usually climb up wooden trellises.

Vanilla plants flower periodically, and are only available for 24 hours to be pollinated. Farmers are actively watching their vanilla plants for any signs of flowering due to this short window of pollination.

Vanilla must be hand pollinated due to the unavailability of natural pollinators in these humid and warm environments. The pollinators needed for vanilla are only available in Mexico.

Once vanilla is pollinated, it can mature on the vine for up to 2 months. After the coloring of the vanilla bean pod is dark, it’s time to harvest the vanilla.

Vanilla goes through a processing of curing for the following 3 months. It involves drying out the pods and creating a high moisture environment. Gourmet vanilla beans have 30-35% moisture within them.

How is vanilla extract made

Vanilla extract is made by first cutting open the vanilla bean pods. The vanilla beans are placed into a jar and then it is filled with vodka.

The vodka is then infused with vanilla flavoring. It takes about 6-12 months to get a good flavoring of vanilla extract.

Every week the jar is shaken to release more flavor from the vanilla pod into the vodka creating vanilla extract.

How is imitation vanilla made

Imitation vanilla is made from a byproduct of a papermaking manufacturer. Wood contains “lignin” which is used to create vanillin synthetically. Lignin is chemically treated into making vanillin. Vanillin is the flavoring used in imitation vanilla.

Where does vanilla come from

Vanilla comes from mainly Madagascar (40%) and Indonesia (30%). The remaining 30% is produced by Mexico, Reunion Island, and Comoro Islands.

How long is a vanilla bean

How many vanilla beans in a pod

Vanilla beans are a gourmet food that can be added to desserts to make pastry cream, scones, vanilla extract, etc. Select a vanilla bean to use that has a dark and oily surface. Get out a large sharp knife for cutting open the vanilla bean.

How do you use whole vanilla beans

Do vanilla beans need to be cooked

How long do vanilla beans last

You can tell when the vanilla beans go bad, as they will grow mold on them from being too humid.

Learn how vanilla is made.

Madagascar produces over 40% of the world’s vanilla beans. But many vanilla beans are not grade A. If the vanilla bean has blemishes, brown or red coloring on its exterior pod, or must be cut to remove any disease, these vanilla beans do not qualify for a Grade A rating.

Why is Madagascar Vanilla expensive

Madagascar is prone to climatic changes. In 2017 a cyclone went through a region growing vanilla and wiped out 30% of their vanilla crops. Vanilla takes a long time to grow and cure, therefore with this devastation, vanilla bean prices increased due to demand and lack of supply.

How is a vanilla bean grown

While farmers vanilla bean plants are growing, they are actively watching for any sign of a vanilla blossom.

A vanilla flower only blooms once a year, and the flower must be pollinated within 4-10 hours. Vanilla beans are typically pollinated by hand.

Vanilla beans must be harvested within 2 months after they have matured, or they will become too ripe and will not be usable.

Where does vanilla come from

Where does artificial vanilla flavoring come from

Artificial vanilla flavoring comes from a byproduct of a pulp mill. Wood contains “lignin” which is used to create vanillin synthetically. Lignin is chemically treated into making vanillin. Vanillin is the flavoring used in artificial vanilla. It isn’t have as complex of flavoring as actual vanilla extract.

Lavender is one of the most interesting spices you can use in your at home recipes. Harvest your lavender and dry it out so you can use it for a ton of new recipes!

Lavender ice cream has floral notes, and tastes neutral, not as sweet as say, vanilla ice cream. It’s a lighter flavor that pairs well with flavors such as earl grey, vanilla or honey.

When to harvest French lavender

Harvest French lavender during June and July by cutting the stems right below the flowers. Harvesting French lavender will give you cuttings in about 2-3” long pieces of lavender.

How to deadhead French lavender

4 ideas for what to do with dead lavender flowers

What to do with lavender after it blooms

How can Basil be used in cooking?

Basil can be used at the end of the cooking process. It will wilt and the flavor deteriorates as it gets heated; therefore, adding it at the end will give your dish the most flavor possible.

How to Cook Basil Leaves?

It depends what you’re making. If you’re including it in a pasta dish, you can cut it into strips, then add them in at the end. When you’re making pesto and Vietnamese wraps, use the whole leaf.

Can you eat a basil leaf raw?

Yes. Basil can be consumed raw on appetizers like crostinis and bruschetta.

Does basil need to be washed?

Yes. Just like all produce you bring home from the grocery store, you should wash it thoroughly and dry before using.

What is Basil best used for?

What does Basil go with?

Basil goes best with tomatoes, olive oil, mozzarella cheese. Frequently it’s used in Italian cooking which will give you a good clue as to what it goes well with.

How to Grow Parsley from Cuttings?

How to Grow Parsley Outdoors?

How do you cut parsley to encourage growth?

How to Preserve Parsley in Fridge?

How to Eat Parsley?

What is Parsley Good for in Cooking?

Have too much Parsley, and you’re not sure what to do?

Dry your Parsley so you can use it all year round.

How to dry Parsley?

By using the paper bag method, you’ll keep the strong green color and flavor as much as possible.

Parsley is a light, fresh herb that adds character to dishes like eggs, meat, dips and potatoes. Try growing it for yourself next summer and see how you like cooking with your freshly grown herb.

How to use Oregano Leaves?

How to Grow Oregano Indoors?

How do you Preserve Fresh Oregano Leaves?

How to Dry Fresh Oregano?

What is Oregano Good for in Cooking?

Sweet basil is very useful to add a punch of flavor in your cooking. It’s one of the most fragrant, strong herbs you can add to a dish.

What are some appetizers you could use sweet basil for? 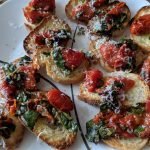 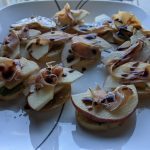 What are some pizza recipe ideas to use sweet basil with?

What are some pasta recipe ideas to use sweet basil with?

Sweet basil has many uses in cooking, from appetizers to pizza and pasta, you’ll never run out of ideas to use it with! With it’s strong flavor, it spices up recipes with it’s aromatic fragrance.

Basil is used in pasta at the very end of making a pasta dish. Only the basil leaves are used in pasta. Cut off the stems and then place only the leaves into your dish.

When to put Basil into your Pasta Dish?

How to use Basil in Pesto for Pasta dishes?

Basil can also be used to make fresh pesto. The fresh pesto can be used as a sauce for pasta. Add in your vegetables – peppers and tomatoes for a delicious dinner idea.

Why is basil a great addition to pasta?

Basil has a strong sweet smelling flavor. The moment your hands touch it, the flavor is on your hands, that’s how strong it is. By adding this sweet plant to your pasta, it balances out the flavors of garlic and tomatoes. It adds a freshness to the pasta and makes it feel like a light dish because it tastes refreshing. Fresh basil is a delicious herb addition to your favorite pasta dish. How to Make Tzatziki Sauce for Gyros